My first appointment in the Cancer Unit was a bit of a blur.  I 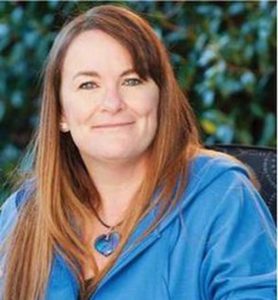 prepared like I did to any meeting, note pad in hand, a list of questions and a game plan in place.

I didn’t really know what to say I felt, because since being diagnosed the feelings I felt where not ones I had ever know before. It was a feeling that I wished I never had to try to explain to someone. A feeling I hope one day, no-one will ever have to feel.

At this appointment I had my mum who had flown in from Vietnam, my brother who had flown in from the Northern Territory and my sister who lived here, holding my hand. I was the baby of the family and as much as they all wanted to be there for me, I think deep down inside they all needed to be there for themselves.  It was their way of feeling they were helping and at this point, this was all they could do, so at least it was something for them to hold on to.

And as much as it was wonderful having them all there, the fact they had no idea what to say or do and all it made me feel supported. So I felt I needed to stay strong. I felt that if I fell apart, they had nothing to fall back on. There was nothing any of them had been able to find on Google about supporting someone with rare cancer. Making them all feel even more helpless.

So because of that I kept my thoughts to myself and hid tears and emotions until the night times when the boys were in bed and I could sit in the dark without worrying about anyone but myself.

However, the one person I met on that first day in the Cancer Unit, who made me realise that maybe I could one day be the real me, was the Oncology Nurse who started my “processing that day”.

My whole family stood up immediately like they had just had their names called to appear on a game show.

“Well, I am sure you all can’t be called Desiree Fraser. So how about just the real one come with me and the rest of the imposters take a seat for a couple of minutes.”

With that, I started walking toward her. As she walked me away from them, she whispered:

“Wonder if they would all be so keen to go through the treatment for you as well?”

And that was my introduction to my Oncology Nurse. Funny, normal and someone who was going to make my life normal in the scary journey I was now going to face.

It’s been over a decade since I have had to see part of the daily oncology appointment schedule so each exact meeting is somewhat blurry but the one thing I remember most about that time is the fact, that every time I walked into that unit, I was welcomed by people who knew who I was. They knew what was normal for me and what wasn’t. They could tell I was having a bad day before I had even taken a seat.

They had words of advice that were from their own life experiences and not from textbooks or Google for that matter. And even when they couldn’t answer my questions, because don’t forget I have rare cancer so there isn’t that much information, they could at least tell me what I was feeling was normal and more importantly, they could give me some insight on how to deal with those feelings.

And the reason I say “They” and not he or she? Well, it’s because the people I am talking about are a team. Over the course of my first 12 months going through the journey through the cancer unit, I must have met at least 6 different oncology nurses. Each with their own unique personalities and their own way of dealing with me, however, there was one thing they all did in exactly the same manner:

They all gave me the support and understanding that no other person in my life could give. And when I needed them to, they shared the experiences and advice of the hundreds of other patients that had trusted them before me.